I recently started a new project file at the office, and looking back over the archives, I figured it was a good time to revisit some of my workflows for file set up. At some point since I last posted about establishing coordinates, I discovered on Revit OpEd that you can actually acquire coordinates from a dwg file. Acquiring coordinates is by far the superior method for establishing coordinates. Not only is it more efficient but it is also more accurate and leaves less room for human error.

Steve’s post goes into some good detail about how to clean up your dwg file and also how you can link subsequent CAD files via Shared Coordinates once you establish coordinates. So I would definitely recommend reading his post, but if you are unfamiliar with either the Survey Point or Shared Coordinates, here is the step by step process.

When starting a new site file there are a few rules that I always abide by:

These two rules will reduce the possibility of alignment issues in the future. And if file alignment issues do crop up, they will be easier to resolve if you have done both of these things in your file set up process.

So with that in mind, the first step in establishing coordinates is to link in a dwg file that is set to WCS. By default, this will usually be Origin to Origin, but depending on the dwg extents and coordinates system, where the file appears may vary.

This survey came in centered on the origin, but that doesn’t always happen. 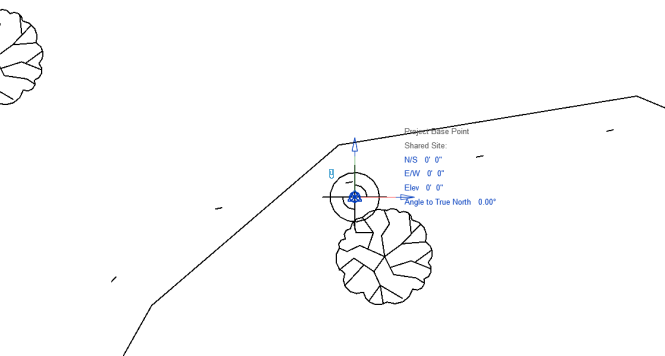 Next, unclip the Survey Point. This will ensure that it will not move when acquiring coordinates. And if you want to move the Survey Point to the second benchmark, now is the time to do it.

Since the Survey Point has been unclipped prior to moving, it will now have coordinates relative to the Project Base Point.

Then, select the dwg import and click on <Not Shared> (under Shared Site) in the Properties palette. Toggle ‘Acquire…’ and then click Reconcile. 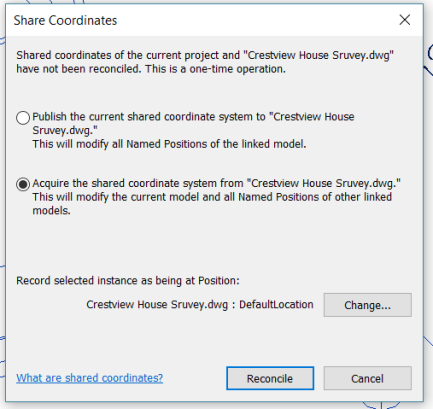 If everything works, both the Survey Point and the Project Base Point will now have coordinates that perfectly match the linked CAD file. You can see that by selecting the point or by placing a Spot Coordinate at the point. 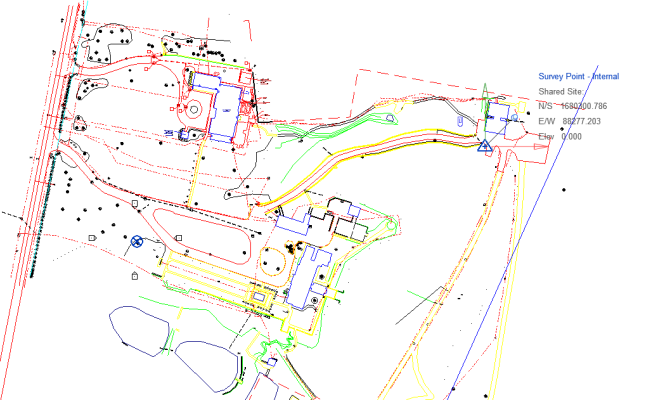 After successfully acquiring coordinates, remember to pin the Survey Point so that it isn’t moved accidentally (both the CAD link and Project Base Point should already be pinned).

And, as I mentioned at the beginning, if you have multiple dwg links, you can now link them By Shared Coordinates (under Positioning in the Link CAD dialogue).

I have not done this very extensively yet, but so far I am impressed with this workflow, which is much quicker and more accurate than moving a dwg link manually.

8 thoughts on “Establish Coordinates: Acquire Coordinates from a CAD Link”