As I’ve mentioned before, Topo is difficult to modify and fine-tune accurately. It is not impossible, though it can be time consuming. But understanding how Topo works and triangulates can make this task manageable and much less frustrating.

To start off, I have created a Toposurface with the following contour lines (though I actually used Topo From Lines, to make this one). 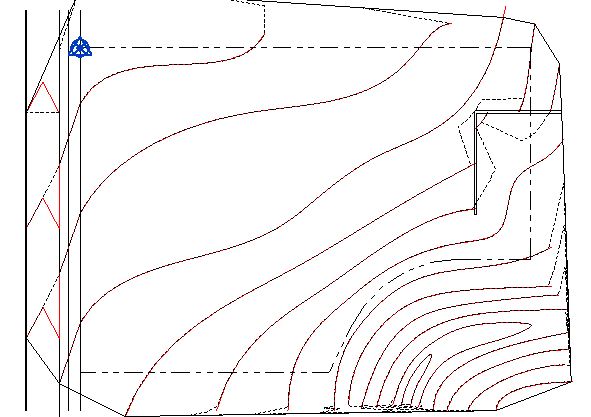 Immediately, you can see that the Topo does not follow the contour lines accurately. This is because Revit does not see the contour line; it only sees the points along the line. It takes all of these points and triangulates/ interpolates the grade between them. So regardless of how many points you have along a contour line, there will almost always be areas where Revit interpolates these points inaccurately (not as intended).

There are 2 types of areas where I have noticed that this happens the most:
Sharp Angles (a crown of a road) and Vertical Drops (along curbs and retaining walls) 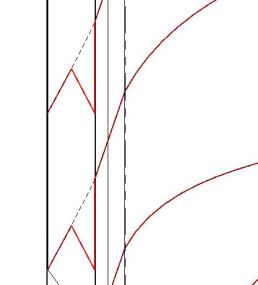 I find sharp angles a little trickier to deal with, so let’s zoom in and take a look.

For clarity, I have made the actual contour line a thick, solid red, and the Revit Topo contour is dashed black.

The trick to dealing with any Topo/ Contour irregularity is to look at the triangles. 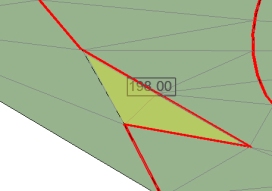 By turning on the triangles, you can see Revit’s triangulation/ interpolation at work. And by using the Spot Elevation tool, you can see why Revit’s contour “skips” those far right points. It sees the highlighted (yellow) triangle as the same height as the contour line (198). So the Revit contour takes the shortest route possible and does not go through those points. 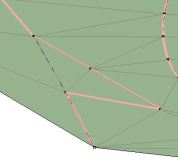 While this was a simple area with a relatively simple solution, the same principles can be applied to most other Topo/ Contour line irregularities. Remember: