There are dozens of ways to model hardscape within Revit. The ‘hardscape’ I am referring to here is primarily the ground plane hardscape, such as concrete, asphalt, pavers, curbs, etc. While there are specific tools for creating stairs, walls, and railings, there is no system family specifically for landscape hardscape. There is also no curb tool. So let’s review the options…

Subregions
Subregions can only be used on a Toposurface. They are just a part of the whole Topo (and will show up in a Topo schedule), hence their name ‘subregions.’ They work well if you want a quick hardscape area draped over Topo and are fine for broad, large-scale visualization. But as Topo, Subregions do not work well as hardscape once you move into finer detail graphics and documentation. Here are the main reasons why:

Pads
Pads, or Building Pads, as they are aptly called on the ribbon, are primarily for structures. They also require a Topo host, since their main purpose is to push Topo up or down to a specific level.

This is a particularly nice feature in section, as there are no gaps between the Topo and Pad. Unfortunately, Pads can only slope in one direction, using the slope arrow. While this may work for some hardscape, it is not useful for the majority of hardscape applications.

Floors
Of the 3 area-based system families (Roofs, Ceilings, and Floors), Floors are the best option simply because their structure pushes down from its starting level (and not up).

Since Floors are an Architectural element, they have no relationship to Topo. They can exist without Topo, but cannot push Topo up or down. Like Pads, they have editable types and structures. They can be given a simple slope with a slope arrow, but they also have another feature that makes them infinitely more flexible: Modify Sub Elements (note this is only available when a floor is flat, without a slope arrow). 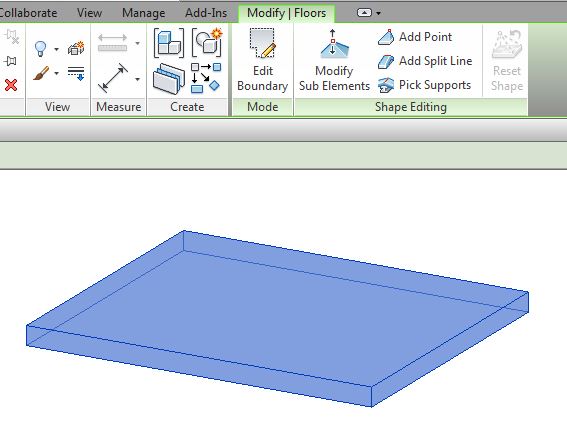 This is what allows you to turn a Floor into sloping hardscape. [Continue to Part 2]

2 thoughts on “Hardscape, Part 1: An Overview” 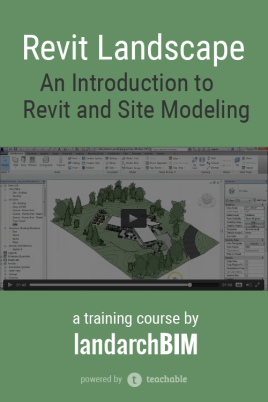