From Harry Mattison over at Boost Your BIM, comes one of the most useful add-ins for the landscape architect in Revit: Topo From Lines. You can download it for free on the Autodesk exchange.

Essentially, you can create topography from model lines drawn at their respective elevations. To test it out, I created a series of reference planes (named by elevation), drew some contour lines, and then hosted those strings to the correct plane. Plan and elevation views below:

I also made a retaining wall (to see how the topo would behave around it) and created some areas where I know Revit usually stumbles with topography (note the sharp angles).

So here are the lines:

Overall, I’d say it does a pretty good job. Here are the original guts/points:

That is a lot of points. But after a simplification at .25′ it still looks good. 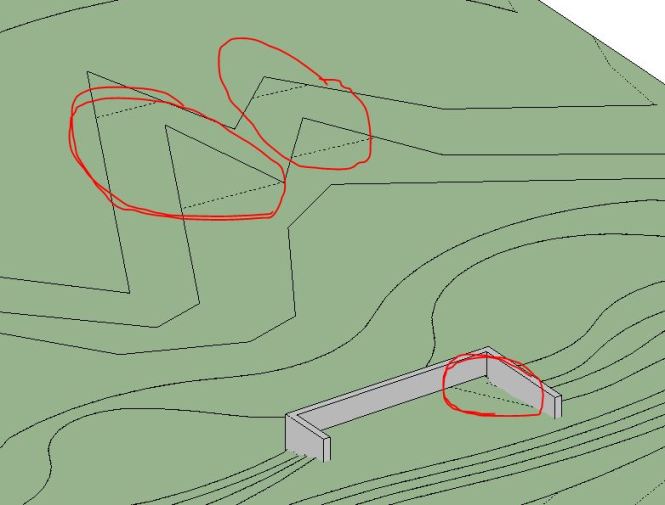 This issue is hard-wired into how topography generates, and can be tweaked by editing the Topo and placing points.

I would like to see these features integrated into out-of-the-box Revit interface. Topography has waited long enough for new and better features.